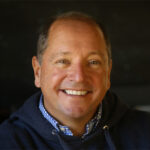 Centering Prayer is a method of meditation used by mystical Christians placing a strong emphasis on interior silence. It was developed by Trappist monks of St. Joseph’s Abbey in Spencer, Massachusetts in the 1970s, Fr. William Menninger, Fr. Basil Pennington, and Abbot Thomas Keating. It draws on the ancient monastic practice of contemplation, Lectio Divina, and the practices described in the writings of The Cloud of Unknowing, John Cassian, Francis de Sales, Teresa of Avila, John of the Cross, Therese of Lisieux, Thomas Merton, Zen, and Thich Nhat Hanh. Jack Kornfield, a teacher of the Vipassana movement in American Theravada Buddhism was a strong influencer. Peter began his practice in 1977. Guest Master Theophane Boyd was Peter’s spiritual advisor. Cynthia Bourgeault, an internationally acclaimed retreat leader and mystic, and Peter have co-taught Centering Prayer. Peter teaches on his YouTube Channel.

Rev. Peter Panagore, MDiv, is an international audible best-selling author and two-time Near-Death Experiencer.  He died when he was 21 years old while ice climbing, and again at 56 from a heart attack. A nature-born mystic, with multiple out-of-body and in-body mystical experiences, before and following his NDEs.

Peter studied English at The University of Massachusetts and Western Mysticism at Yale Divinity School.  He served as community minister from New England pulpits for nearly two decades before being recruited as an inspirational storyteller to broadcast TV, FM, and AM daily. As the fifth minister of America’s oldest religious broadcast, Peter wrote and told seventeen hundred stories of hope to an audience of eighty thousand daily during NewsCenterMaine (NBC) for fifteen years. Catch him live on Sundays at Not Church on his YouTube Channel, where he teaches mysticism, centering prayer, Kriya yoga in community, and the experiential Presence of The Ineffable. Find out more at peterpanagore.love.

DONATE NOW
Back to Full Schedule
Register for Saturday
Morning Meditation: Nothingness is the being of Everything!Next