Spiritual Awakenings International (SAI) continues to grow in leaps and bounds.  Thank you for your continued interest and support!  SAI now has close to 1,000 subscribers from 45 countries all around the world, on 6 continents.. Welcome everyone! 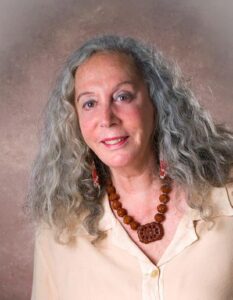 Dr. Judith Miller Ph.D.  is a professor of clinical and developmental psychology at Columbia University for twenty years, past instructor at Union Theological Seminary in NYC, and has spent her life and career bridging the two worlds of mainstream psychology and spirituality. She is a licensed psychologist and works as a psychotherapist and spiritual teacher  Her focus is how all people can make a direct connection with the higher power, the God force – without the mediation of institutions and external authorities.  She facilitates Holotropic Breathwork retreats, workshops, and certified Breathwork training programs for groups around the world. For approximately fifteen years, she worked in Germany with adult children and grandchildren of Nazis and Jews, who continue to suffer guilt, shame, and anger some seventy years after the Holocaust of WW 2.  Dr. Miller is listed in Who’s Who in the World; has been a long-time professional member of Spiritual Emergence Network.  She is the first American to be certified as a Transpersonal Psychotherapist by the European Transpersonal Association (Eurotas), was a founding director of the International Institute for Exploration of Consciousness and Psychotherapy, a past Advisory Board member of ACISTE, a past Board member of the Kundalini Research Network, past President of Delaware Valley Chapter of IANDS; and  past Board member of IANDS;  Dr. Judith Miller is the author of “Direct Connection: Transformation of Consciousness, Dr. Miller’s website is: www.drjudithmiller.com 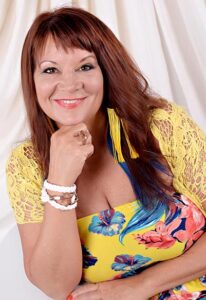 Tamara Caulder Richardson is a 6X  NDE Experiencer and multiple STE Experiencer, Christ Channeler, Christian Minister, Mystic Seer, and an International Evidential Medium, known as; The Southern Belle Medium®.  Tamara earned a B.A. in Communication Arts and Marketing. For 27-years she owned and operated her advertising agency, Caulder Design Communications in Charlotte, NC. Tamara is a trained visual designer, copywriter, branding expert and marketing strategist.  Tamara is of Cherokee and German-Swedish descent and was born with the gift of “sight”. Tamara believes that her NDEs have enhanced her ability to see into hidden realms. At three years old, she had a nail go into her head and saw beings of light, as her angel “Uriel”, the Fire of God, healed her head. She saw and communicated with spirit people from that point on. At age four she had an NDE from a car crash where she experienced traveling through a dark tunnel and saw Jesus who told her she had to return. Upon coming back she saw between dimensions and was bi-locational. Then at five years old, “the big one”, Tamara was DOA for 15-minutes. She remembers going to Heaven with Christ where she spent three days with him. When she awoke, Christ still talked to her and taught her many spiritual things – and still does. As an adult, Tamara decided to use her spiritual gifts and mediumship to  help others so she trained for eight years in the British Style of Evidential Mediumship with International mediums. Tamara currently does medium stage shows for women’s expos, at city convention centers before large audiences. In 2017, Tamara started the Charlotte Chapter of IANDS. She is also a founding member, marketer, and facilitator for IANDS ISGO. Today, Tamara is the host of the popular YouTube Channel,  Seeking Heaven: The Near-Death Experience and Other Phenomena,  a spiritual talk show that was created “by and for” other NDErs and STErs, and truth seekers, to create a loving soul community. Tamara also has a YouTube Christ Channeled site:  Academy of Love: Jesus Speaks . 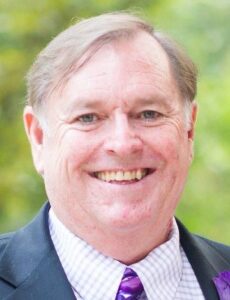 John Sphar was born in San Jose and lived there until late 2020 when he and his wife of forty years moved to Littleton, Colorado. John retired in 2017 after more than three decades operating a local/wide area networking business. Prior to that John was a microwave engineer at a company that was eventually bought by Hewlett Packard in Santa Clara. John has three married children and three grandchildren and currently enjoys exploring the Southwestern United States.  In school John was active in a few sports, but baseball (behind the plate) and Greco-Roman wrestling (often supine) were his favorite. John spent 4 years in the US Air Force specializing in the integrated avionics systems of fighter aircraft at the USAF Flight Test Center at Edwards AFB, California. Outside of that work, he formed a civilian sport parachute club on the base and while he was there, trained dozens of people how to skydive. He continued jumping as a civilian and by the time he discontinued the sport he had compiled several hundred jumps.  John served as a state-licensed long-term care ombudsman for many years. He advocated for nursing home residents who had no family and who were on public assistance. Like many others interested in Spiritually Transformative Experiences, John learned about the Near-Death Experience by reading Life After Life. He saw how the book helped his mother through her difficult end-of-life issues and became focused on the possibility of the existence of an afterlife. He read everything he could get his hands on regarding the afterlife. Years later he formed South Bay IANDS, a 501(c)(3) .  His personal mission became trying to alleviate the fear of death in as many people as possible. The contacts he has made since forming the group have transformed John, who is not a transformative experiencer of any type.  He cannot consciously hear his spirit guides or the Universe, but he thinks he knows what they are telling him. He has transformed the old-fashioned way.

UFOEs and STEs being discussed April 17, 2021 with Rey Hernandez.  We look forward to hearing latest theories from Reinerio “Rey” Hernandez, an internationally renowned UFOE and STE researcher and Experiencer.  He will  outline the most current understanding of the interrelationship between “Experiencers” of the Contact  Modalities:  Near-Death Experiences, UFOs, UAPs, Out-of-Body Experiences, Ghosts/Spirits,  Remote Viewing, Hallucinogenic Experiences, Channeling, and other experiences – through non-local Consciousness, a manipulation of space-time, and a  possible multidimensional reality which has spiritual implications.

Our inaugural First-Responders event will be May 15, 2021 with Dr. Richard Kelly EdD, retired police officer.   This event will be an expansion of our SAI Veterans, Military, and First-Responders Program. We will be honoring Police Officers Memorial Day, Police Week, and International Fire-Fighters Day which all occur in May, with our first SAI First Responders event.  Dr. Kelly will discuss his groundbreaking research into STEs experienced by First-Responders in lethal situations. Please spread the word among your first-responder friends about this special event.

With outstanding International Speakers: from Canada, England, Mexico, Nigeria, Spain, and the USA

Debut of the “NDE Talking Dead” Panel:  with 3 NDErs who were clinically dead and then came back to life to share what they saw and learned.

Thank you for your support.  We welcome your suggestions and volunteer support.

With much love and gratitude to all,