"Bringing Us Together"™
Back to Full Schedule
Register for Sunday 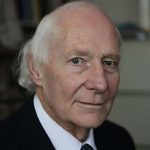 We are all going to die, but few of us have looked closely at the process of dying, usually because we are afraid. But as death approaches we may experience phenomena which are both comforting and reassuring. You may have a premonition that you are going to die, visions of dead relatives who reassure you, and, as death approaches, may enter a transcendental state similar to what seems to happen at the moment of death. These and other important phenomena will be discussed in the talk.

Dr. Fenwick has a long-standing interest in brain function, consciousness, Near-Death Experiences, and the dying process.  He has carried out research projects in hospices and nursing homes in the UK and Holland, looking at the experiences reported by the dying and their carers around the time of death, and the importance of spiritual support in palliative care. This was written up in “The Art of Dying”. He has published a large number of research papers related to altered states of consciousness, abnormalities of consciousness and behavior, Near-Death Experiences, and end-of-life experiences. He has researched meditation and continues to be interested in the relationship between meditative states, cognition and brain function.  He examined the EEG of a meditating “Beatle, George Harrison”.  His main interests are Near- Death Experiences, consciousness and the dying process.

Dr. Peter Fenwick is an internationally renowned British neuropsychiatrist and researcher on NDEs and End-of -Life Experiences.   He was Consultant Neuropsychiatrist Emeritus to the Epilepsy Unit at the Maudsley Hospital, England, which he ran for twenty years, and at The Institute of Psychiatry. From 2000 to 2009 he spent several months a year working in the field of magnetoencephalography in a neuroscience research laboratory in Japan. His present interests are the development of non-dual consciousness and anomalous mental states which manifest as the siddhis, (STEs), and the path to death.  He was the first person in the UK to broadcast as a scientist on Near-Death Experiences in 1982 in a TV broadcast, and in 1987 he presented a TV program Glimpses of Death, which raised public awareness of the topic. He received over 2000 letters and wrote the book “The Truth in the Light”. Dr. Peter Fenwick has been recognized for his groundbreaking work as an Honoree on the Spiritual Awakenings International Circle of Honor.

DONATE NOW
Back to Full Schedule
Register for Sunday
PrevMorning Meditation: Connecting with Stillness
Living The Sacred In Times Of UpheavalNext