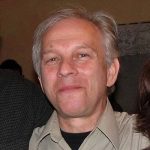 In Pariyanga Tantra of Tirumular, couples exchange powerful, natural entheogenic brain nectars [madhu-amrita] whereby they become “as god and goddess” with one another. Child conception, parenthood through great-grandparenthood becomes an endless miracle.  Current gender-strife and childhood widespread trauma-issues wither away in this complete maturation of the Spinal Heart Puberty that echoes for thousands of years in Pagan Fertility, Greco-Dionysian, Christ-Canaan Wedding Feast, Neidan-Taoist and Kundalini-Pariyanga “Dual Paths.”

Dr. Stuart Sovatsky, PhD is a scholarship graduate of Princeton University where he did earliest estradiol and first-ever DMT lab studies and wrote a first-ever Duality-NonDuality Senior Thesis. He was first in the US to bring yoga and meditation to incarcerated juveniles, homeless mentally-ill, and into schools and police departments in the mid-1970s, first-choice to clinically-direct Ram Dass Prison Ashram, Co-President of Association for Transpersonal Psychology for 16 years, Director of first-ever spiritual emergence Kundalini Clinic [est. L. Sannella, 1976], CIIS trustee for 20 years and its “Outstanding Forty-Years Graduate,” Convenor of a forty-country world family conference in India supported by The Office of The Dalai Lama. His yogic attainments include ardhanari gender unification, nabho-entheogenic madhu secretion and bhakti-infarction-recovery. In 2016 he thwarted a profiled shooter using only admiration and has over 35,000 clinical counseling hours experience including decades with nonmedication psychosis treatments, suicidality and divorce-reversal. He is founding consultant to green-award $34M Greencitylofts and 20-year chantmaster with AxisMundiTranceBand.  Dr. Stuart Sovatsky has been recognized for his groundbreaking work as an Honoree on the Spiritual Awakenings International Circle of Honor.