Tamara Caulder Richardson – Seeking Heaven: My 6 NDEs and Other Phenomena 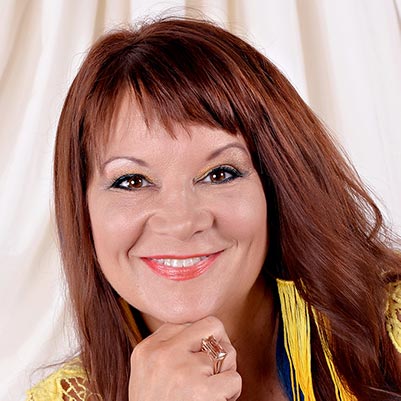 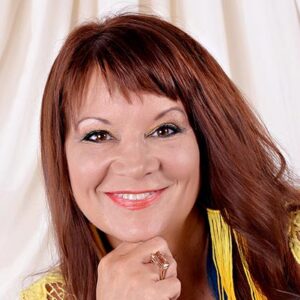 Since age three, after her second Near-Death Experience, Tamara has been seeing and communicating with spirit people, seeing angels and even darker entities, astral traveling, and always knowing things about people, places, and things. It was something she felt was normal until later in life when she realized that speaking of these things frightened people. Today, Tamara is an open book as she candidly discusses her six Near-Death Experiences, spending time with Jesus on the other side for three days during an NDE, and how she still follows and speaks to Him today giving messages of hope and love to others in her channeled, Jesus Speaks, YouTube messages.

Tamara also speaks of her supernatural side-effects from her many NDEs: mental and physical mediumship including speaking different languages that she does not know but others do; and trance channeling of not only Christ, but Einstein, George Harrison, St. Ignatius, Mother Mary, and St. Germaine.  And, for the first time publicly, Tamara will speak about how her March 2021 “accidental healing session” that turned out to be a DNA activation that triggered her memory and mission on earth as a celestial “Sirian Starseed” that works for the “Office of Christ,” and how she even glowed at the end of the session inside out. After that and two more DNA activations later, Tamara remembers getting many more communications in her astral travels… all with the message to help “Bring Heaven to Earth” in a love revolution. They whom Tamara calls “Team God” (including Christ) will give a channeled message at the end of this talk about why we must transcend from a lower vibrational density on earth to a higher vibration, of “love and light”. We are not alone but being helped by the highest Divine plan for all beings. “Just Know… We All Have A Fan Club in Heaven”®

Tamara Caulder Richardson, better known as, the Southern Belle Medium®,  is a 6X Near-Death Experiencer (NDEr) and Multiple STE Spiritually Transformative Experiencer  Christ Channeler, Christian Minister, Mystic Seer, and an International Evidential Intuitive Medium. Tamara was born in Hickory, North Carolina. She was born with the gift of “sight”. Tamara believes that her six NDEs have enhanced her ability to see into hidden realms.

Tamara trained for eight years in the British Style of Evidential Mediumship with International TV mediums and authors such as John Holland, UK’s Tony Stockwell, and certified as an Advanced Psychic Medium, by UK TV medium celebrity, Lisa Williams. Tamara currently does medium stage shows for women’s expos, like the Southern Women’s Shows, at city convention centers before large audiences of 30k in a weekend with two shows a day, and has a loyal following that comes back each year.

Tamara is on the Advisory Board of Spiritual Awakenings International (SAI), and is the Chair of the SAI Marketing Committee.  She is also the Founder and President of IANDS Charlotte, and was an ISGO Facilitator. Tamara is a former advertising owner of 27-years and is a trained visual designer and artist, brand marketer, slogan, and copywriter. She has a first-degree blackbelt in American Hapkido Combatives. She is currently finishing her book, Love from Heaven – My 6 Near-Death Experiences, the Gifts I Received and the Wisdom I Learned.

In August 2020, Tamara received guidance from Jesus, whom she saw in two of her six NDEs, to start the “Seeking Heaven” Channel. Her popular bi-weekly podcast has started a year ago and is now in 67 countries, and is translated into 27 languages.   Her channel is, “Seeking Heaven: The Near-Death Experience and Other Phenomena” at: