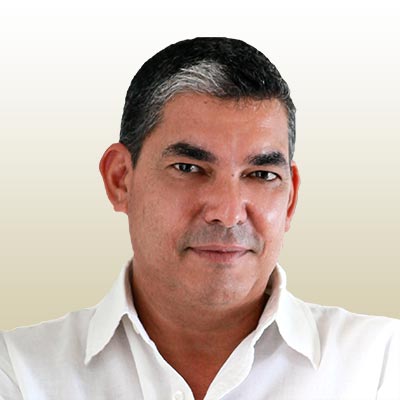 Francisco Valentin will be sharing with us a lifetime of firsthand Spiritually Transformative Experiences that led him to validate and ratify the truth of life after death, divine intervention, the perceptive mind of a near-death experiencer, prophesies coming to pass, spiritual agreements, first contact with Ascended Masters, the virtues and setbacks of spiritual enlightenment. Ultimately, he will be sharing with us an astral journey inward into the origin of our existence.

Today Francisco is the interpreter of Ascended Masters as he receives, perceives, and transcribes insights of Higher Truth that he was prompted to publish as The Transcripts, which are readily available through his website: www.TheTranscript.org 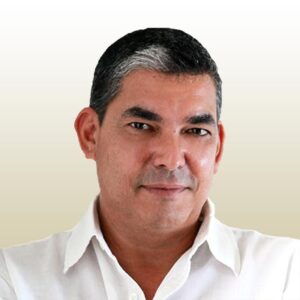 Francisco Valentin has had multiple Spiritually Transformative Experiences, including Death-Experience (DE), Near-Death Experience, (NDE), Out-of-Body Experiences (OBEs), and more.  He was born in Puerto Rico, but currently lives in Florida, USA. His spiritual journey began in 1979 when he died in car crash and later came back to life with a mission not revealed to him until thirty-two years later. From what was revealed to him in 2011, Francisco became, by spirit decree, the interpreter of Spiritual Ascended Masters known as the “Collective Forces of Knowledge and Wisdom”. He was also entrusted to build a website and publish over five hundred messages of Higher Truths he was prompted to call ‘Transcripts.’

In 2014, Francisco began to spread the Transcripts messages as a speaker, lecturer, and workshop facilitator at venues locally and internationally, in English and in Spanish.  He has presented to the Metaphysical Society of Sun City Center, Florida; The Spirit University; IANDS;, The Colby Memorial Temple; Cassadaga Spiritualist Camp; the late Edgar Mitchell F.R.E.E. Conference; Spiritual Awakenings International (SAI) en Español; The Shift Network. He also been interviewed on YouTube podcasts by Tamara Caulder Richardson on the Seeking Heaven YouTube Show [Episode 111]; by Roxana Rios in her Spanish program ‘En Sintonía con Tu Presencia’ in Mexico, and Escape From The Burnout Society, by Gabriel Guzman in Amsterdam.

Today Francisco speaks about his spiritual experiences and the message he brings to humanity pertaining to our origin, true nature, and ultimate life purpose. With over five hundred Transcripts and counting, Francisco translates from the abstract into words the inspiring messages he receives for humanity as they come forward, without theological ties.