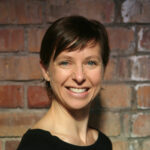 Near Death to a Near Teenager. Kirsty will share how following a sudden illness and Near-Death Experience at age 12, in the blink of an eye, everything she Knew changed.  She found that everything she believed (or did not believe) was challenged, her perceptions were altered, and she started asking some of life’s biggest questions.  Embracing a ‘second chance at life’, Kirsty shares her outlook on life, death, and experiences in between.

Kirsty Salisbury is a New Zealand based spiritually focused Life Coach and End of Life Doula exploring the topics of life, death and experiences in between. Following a Near-Death Experience at 12 years of age, Kirsty became passionate about widening the conversation around death and the afterlife. Through her podcast ‘Let’s Talk Near Death’ Kirsty shares personal stories of life after near death, and events of significant spiritual transformation. Outside of her podcast, Kirsty is a certified Funeral Celebrant and Author. Her latest book ‘Dying Well – An Approachable Guide to Death’ takes a holistic look at death, and how we can better prepare for this inevitable event.  Kirsty loves to help with practical tips, tools, and strategies to embrace living at our best. Kirsty loves being active, traveling and spending time with her family. 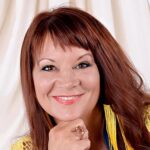 The Hidden Secret Behind My 5 NDEs: Surviving Childhood Sexual & Mental Abuse. Tamara will be sharing about five of her six NDEs from childhood and how they were surrounded and precipitated by ongoing sexual and mental abuse from a family member. She could not go to other family, teachers, ministers, nor friends to speak of the unspeakable horrors that she faced from age 3 ½ to 12 years. The adults she did talk to, ignored and pushed her away. Tamara speaks about the constant gaslighting, belittling, conversations of the sexualization of women, and being sexually abused like she was a prized stable horse while at the same time having five NDEs, all from parental neglect and abuse. This will be the first time Tamara will speak about this delicate subject so candidly. She is in hopes her story will free the souls of many that listen to how she went from an abused victim to a light warrior and spiritual leader.

Tamara Caulder Richardson, aka, Southern Belle Medium® is a 6X Near-Death Experiencer and Multiple Spiritually Transformative Experiencer, Christ Channeler, Christian Minister, Mystic Seer, an International Evidential Medium, and a popular public speaker. Tamara was born in Hickory, North Carolina. She is of Cherokee and German-Swedish descent and was born with the gift of “sight”. Tamara believes that her 6 NDEs have enhanced her ability to see into hidden realms. Tamara trained for eight years in the British Style of Evidential Mediumship with International mediums and authors. Tamara has done medium stage shows for women’s expos, like the Southern Women’s Shows, at city convention centers before large audiences.  She was also the Founder and Past-President of IANDS Charlotte, and a former ISGO facilitator.  For 27 years Tamara owned and operated her award-winning advertising agency. Tamara is also an ordained Christian minister and a devoted follower of Jesus Christ.  Tamara is the host of the popular YouTube Channel,  Seeking Heaven: The Near-Death Experience and Other Phenomena, a spiritual talk show that was created “by and for” other NDErs and STErs, and truth seekers, to create a loving soul community. Tamara is on the Spiritual Awakenings International (SAI) Advisory Board and is the chair of the SAI Marketing Committee. 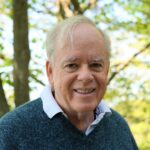 Falling Into and Out of the Light.  Brian will describe a Near-Death Experience of falling out of a car going 60 miles per hour, as a 3-year-old child. He entered a bright white light but was scared and pulled away. Like many other childhood NDEr’s, this took many years for him to integrate and to understand how it affected him.  His investigation of the physical and emotional traumas from falling out of the car and subsequent processing and assimilating of the experiences will be the main topics of the talk.  All of this led to him developing a curiosity about life and spirit that unconsciously drove much of his subsequent life.

Dr. Brian Sackett, PhD, is a psychologist, previously in private practice in San Jose, CA, USA, and is a recent Toronto, Canada resident. He specializes in working with clients dealing with trauma and abuse, spiritual emergence, anxiety and couples’ communication issues.  He has a Bachelor of Science degree in mathematics, from Stanford University, a Master’s degree in Counseling Psychology, and a PhD in Transpersonal Psychology from the Institute of Transpersonal Psychology. Brian has presented to the Toronto Awakenings Sharing Group, to the Spiritual Awakenings International first annual conference, to local IANDS groups, and at the annual IANDS conference in San Antonia, TX.  Brian facilitates an online meditation/self-inquiry group and currently does spiritual guidance and coaching.

DONATE NOW
Back to Full Schedule
Register for Saturday
PrevGnosis in a Future Science of Consciousness
Near-Life Experiences: Mother Kundalini, Parenthood, Life Conceptions, and the End of Child AbuseNext